Is It Difficult to Dismantle Scaffolding? What are the Precautions?

1. Before dismantling, check whether the scaffolding structure complies with safety technical regulations. And based on the inspection results, supplement and improve the demolition sequence as well as measures in the special construction plan, which can be implemented only after the approval of the enterprise safety management department and the supervision engineer.

2. Before the demolition operation, the person in charge of the unit project should organize special plan preparation personnel, safety personnel and so on. In accordance with the special construction plan and the safety technical operation rules, the demolition operation personnel shall be provided with a written safety technical confession, and the signing procedures shall be performed. 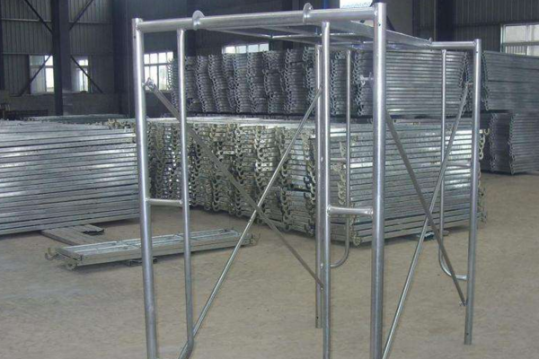 4. When carrying out the demolition operation, a special person shall be responsible for unified command. Scaffolding must be dismantled layer by layer from top to bottom. Simultaneous operation of up and down is strictly prohibited. The connecting wall parts must be removed layer by layer along with the scaffolding. It is strictly forbidden to remove the entire layer or several layers of the connecting wall parts before dismantling the scaffolding. The height difference of sectioned dismantling should not be greater than 2 steps. If the height difference is greater than 2 steps, additional wall pieces should be added for reinforcement.

5. When the demolition is carried out in sections and facades, the technical scheme shall be formulated. Reliable reinforcement measures must be taken at both ends of the scaffold that will not be demolished before demolition.

6. The demolition operation must be carried out in strict accordance with the special construction plan and the safe technical operation regulations. And illegal command as well as operation are strictly prohibited.

Although the scaffold demolition is not difficult, we should pay attention to the relevant precautions. Security is the most important thing.